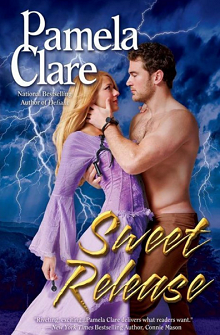 For five pounds sterling, the injured convict was Cassie’s. But Cole Braden’s wounds healed, and as his muscled chest bronzed from the sun, Cassie realized Cole was far more dangerous than his papers had indicated—for he could steal her breath with a glance, or lay siege to her senses with a touch.

A hand-picked cadre of warriors, they had the fierce courage of their Scots forefathers, combined with the stealth and cunning of the Indians who lived beside them in the wilderness. Battling the French in no-holds-barred combat, they forged a new brand of honor, became a new breed of men…

Iain MacKinnon had been forced to serve the British crown, but compassion urged him to save the lovely lass facing certain death at the hands of the Abenaki. He’d defied his orders, endangered his brothers, his men and his mission, all for a woman. But when he held Annie’s sweet body in his arms, he could feel no regret. Though he sensed she was hiding something from him, it was too late to hold back his heart. In love and war, there are times when the only course of action is… Surrender.

Sweet Release was both my first published novel and the first book I wrote. It took me seven long years, largely because I had two small children and, for most of that time, was a single mom. I started it in January 1994 as something of a New Year’s resolution with a goal of entering the first 40 pages in Colorado Romance Writers Heart of the Rockies contest. I met that goal and then surpassed it when those pages won First Place for Best Historical Manuscript. No one at CRW knew that I hadn’t written the rest of the book — yet.

That summer, I had a terrible mountain climbing accident. Then about 18 months after that, I got divorced. None of this helped me get the book finished. But despite my growing responsibilities at the newspaper, where I eventually became the first woman editor, I managed to add a few pages every weekend when my kids — then ages 9 and 6 — were distracted.

Sweet Release is my mother’s favorite, and I’ve heard many readers say the same thing. My mother says she loves it most because it’s the first book of mine she read and the first time she understood that I really could write. I haven’t read it since it that last edit before I sent it in to my agent. But I think that of all my novels it’s the closest to a classical romance novel. It’s not set during a war, nor does it revolve around any other historical event. The romance itself is the event — a battle of wills, a battle of the sexes and a battle for justice.

I did two and a half years of research before I started writing the book. I wanted to be able to see the world in a three-dimensional way before I started to write. That meant knowing what they would cook for dinner on a typical January day and what utensils they had available to cook and eat it with. It meant knowing where and how their clothing was manufactured and how they wore it. It meant knowing historical personages, the landscape, the flora and fauna. I didn’t want to gloss over the slavery element, nor did I want to ignore other social inequities: the status of women, the suffering of indentured servants, the hard realities of colonial life in that time.

But what I remember most about writing the book is how completely captivated I became by my characters. I didn’t know any writers at the time, nor was I a member of any critique groups or writers’ organizations, so no one prepared me for the fact that my characters might just come to life and start writing the novel themselves. I had written a plot — 30 pages of detailed outline — but my characters kept wanting to do something else. It was a very unsettling feeling.

I think I must have crossed the threshold one afternoon when I said to Alec, shaking my head, “OK, but if you write me off into a corner that I can get you out of, don’t blame me.” And my life has been run by fictional characters ever since. 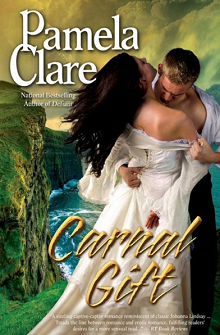 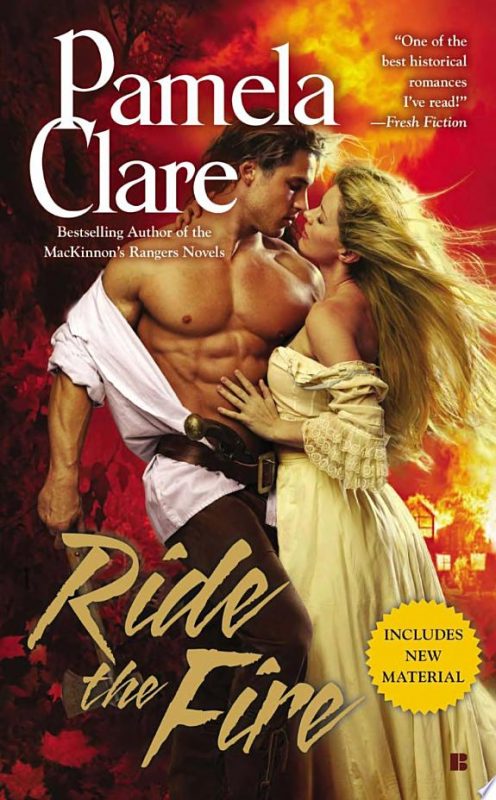 Ride the Fire
Preview
Disclosure of Material Connection: Some of the links in the page above are "affiliate links." This means if you click on the link and purchase the item, I will receive an affiliate commission. I am disclosing this in accordance with the Federal Trade Commission's 16 CFR, Part 255: "Guides Concerning the Use of Endorsements and Testimonials in Advertising."