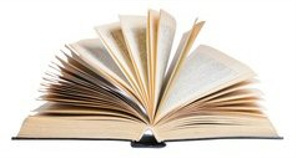 One of my favorite places to hang in cyberspace is the RBL Romantica message board. Over the years, I’ve made so many good friends there, where women love hot books and, well, really hot books. When I heard that both Surrenderand Ride the Fire had made it onto their Top 100 all-time favorites list, I wrote up these little mini-scenes as a way of saying thank you.

“Did ye hear that, lads? Those radgie lasses at RBL Romantica voted Annie and me in at number ten-and-seven.”

“Aye, we ken.” Morgan rolled his eyes. “You willna let us forget.”

“Och, you are no’ still on about that?” Connor shook his head. “Tis Annie they love, you bletherin’ fool, no’ you!”

“If I know women-and – tis likely I understand more about them than the lot of you- ‘tis my dashy husband who won their favor.” Annie turned away from the hearth, baby Iain in her arms. “You’ve a bit of a the barbarian in you, Iain MacKinnon.”

Joseph laughed, lit his pipe and settled back against the wall. “Your wife is a smart woman, brother.”

Meanwhile, in His Majesty’s Colony of Virginia some five years in the future…

She glanced up at him, smiled. “They remembered us.”

He unbuttoned his waistcoat, tossed it on a nearby chair, grinned. “Aye, that was kind of them. And it calls for a celebration.”

She set aside her silver hairbrush, turned to face him, the white linen of her nightgown almost transparent in the firelight. “A celebration?”

He unbuttoned his shirt, never lifting his gaze from hers. “What intimate act do you think they enjoyed reading about the most? When I took you with mouth or when I finally took you with my cock?”

Bethie’s face turn pink, but she smiled. “Both.”

Bethie’s eyes flew wide, then her gaze dropped to the fall of his breeches as he bared himself. “Both? Here?”

Nicholas pushed off his breeches, walked over to his wife, and scooped her into his arms. “Aye, both right here and right now.”